Everything you need to know about RankBrain, the human brain of Google

RankBrain is a Google algorithm focused on processing data from search results. It is an artificial intelligence system created by the company in 2015.

In 2015, Google announced the beginning of using machine learning in its search engine, with a new system called RankBrain.

It is based on the concept that all our knowledge is in the connection between our neurons and our brain.

Each year, computer and Internet engines become increasingly intelligent and able to learn new things on their own.

This practice, called machine learning, has been developed by many companies, such as Google and Facebook, to automate processes and eliminate the need for humans to provide information to systems.

Machine learning is part of the concept of artificial intelligence, whose goal is also to enable systems to process the information on their own.

Although these two concepts may seem to belong to the distant future, I am sure you have already used machine learning without knowing it.

For example, Google’s translator is made with artificial intelligence, just like SPAM filters, which have been around for many years and are capable of processing the content of the emails you receive.

Read on to learn how this applies to your Google search results!

It is part of the algorithm that Google uses to search the search terms on billions of web pages and find the most relevant results.

To better understand RankBrain, we first need to understand what its components mean.

First, what is machine learning? Systems that use machine learning learn on their own to do certain actions without requiring a human to “teach” the system through programming.

In addition to machine learning, RankBrain uses artificial intelligence, meaning it acquires knowledge as a human being, making connections between what he already knows and new information he learns.

Artificial intelligence and machine learning may be different concepts, but in the case of Google RankBrain, both concepts mean the same thing: that Google has the power to learn and make connections without anyone having to teach it.

How does RankBrain work on Google’s algorithm?

The algorithm Google uses to determine what appears in search results is called Hummingbird, and it consists of different parts.

One of these parts is RankBrain, which was added to the algorithm in early 2015.

Other parts of Hummingbird are better known, such as PageRank, which credits pages based on links pointing to other pages.

In determining how to rank Google results, Hummingbird uses a number of factors, which are also called “signals.”

For example, each word on a webpage is considered a sign, if the word is bold, this is another ranking sign. See the example below:

All of these factors are processed by the algorithm to determine the results of a search.

How does RankBrain influence search results?

Within Google’s algorithm, RankBrain’s main function is to interpret users’ searches to find pages that are not initially directly related to the keyword that was used in the search.

This occurs mostly with long-tail searches or long tail keywords. In this case, the search is so specific that it is difficult to find results. RankBrain connects specific searches with generic searches on the same theme.

It is not yet clear to users how RankBrain works in practice.

The example given by Google is a search on “what is the name of the predator at the highest level of the food chain”.

In this case, RankBrain relates this search to a generic “food chain” search to show results that may also be relevant to the user.

Although RankBrain is a revolutionary system, displaying related keyword results is not new to Google.

For many years, the search engine has understood derivations of words like “mobile” and “mobile”, or “swimming” and “swimming”. It is also able to show synonym results for the keyword being searched.

However, RankBrain allows for the interpretation of complex searches that contain multiple words.

What is the real utility of RankBrain?

Until today, the results of long-tailed searches were primarily refined through human work, ie people who created derivation lists or synonyms.

However, Google processes 3 billion searches a day, and 15% of these searches are unprecedented. Have you ever imagined the work of anyone looking to refine Google searches manually?

Thus RankBrain was created to replace the manual work of creating synonym lists and derivations, as it is capable of learning by itself without the help of humans.

It has the ability to find patterns in complex long-tail searches to identify commonalities between apparently unrelated searches.

Because RankBrain works with artificial intelligence, it is able to learn connections, predict results of complex future searches, and produce results that will be most relevant to users.

Despite what it seems, this learning is not done in real-time. According to Google, RankBrain is provided with legacy search groups, which it uses to learn how to make predictions.

These predictions are tested and if the result is correct, RankBrain is updated to act on search engines with this new learning.

As Google users, it is difficult to understand the magnitude of RankBrain and to judge whether it really has value or not.

After all, Google’s algorithm works with several different factors, and we see only the end product of this work, which is the search results.

However, the importance of RankBrain can only be measured by the fact that this system was announced by Google. Historically, the company has always been conservative with the addition of new technologies in its algorithm.

First of all, countless tests are done, and major releases like RankBrain only happen if Google has complete confidence that it really works.

So, although we don’t realize it, RankBrain was a groundbreaking release for Google.

When does RankBrain come into play?

As we mentioned, the algorithm was created to improve the results of complex searches, such as the example “what is the name of the predator at the highest level of the food chain”.

However, in what other situations can RankBrain act?

Only two other examples of using RankBrain were provided by Google. The first one applies to the contextualization of long-tail searches according to the user’s location.

In several English-speaking countries such as the United States and Australia, “cup” is a unit of measure.

However, the amount of glass represents differs from country to country. Thus, in a search for “how many teaspoons fill a cup,” RankBrain showed different results for each country, depending on how much it represents in each of them.

This example demonstrates RankBrain’s ability to learn from the context of multiple searches in the same location.

The second example shows RankBrain’s ability to process our language.

One of the ways Google teaches machine learning systems like RankBrain to recognize language patterns is through the processing of large amounts of text.

In this way, the system was able to “read” large amounts of texts and understand the hierarchy between cities and countries.

Thus he was able to identify that Paris and France were related in the same way as Berlin and Germany.

All of this was done without any human being providing information during or after the “training” of the machine.

The fact that a search result is refined by the Google algorithm has never been considered a ranking factor in search results.

Signals that influence rankings are usually linked to page content, such as external or internal words or links. They can also be linked to the user, such as what language they search in, or their browsing history.

So what does it mean when we say RankBrain is the third most important ranking factor in Google if search refinement doesn’t influence results? The answer is still unclear, as RankBrain is new to everyone.

According to Google, some aspect of RankBrain directly contributes to a page appearing in search results.

We still don’t know what this looks like. According to the Search Engine Land website, RankBrain is more likely to help Google rank search results pages better according to their content.

Thus, the algorithm may be able to summarize the content of a page more accurately than current Google systems.

Because RankBrain simulates a human brain, the content of your site must really be relevant to the keywords you seek to rank.

In this way, Google makes it even harder to rank sites that use tricks, such as external links, to seem to talk about a subject that is not exactly what the site contains.

Therefore, RankBrain gives preference to sites that care more about having relevant content than tricks up their sleeve to improve their SEO.

According to Tech Crunch, the best way to use RankBrain for SEO  is to look at the context in which your site is found.

They claim RankBrain examines various parts of Google’s algorithm to determine the best result of a search.

Thus, in certain searches, the best search engine result can be defined from the page title or Meta Title. On another occasion, PageRank may be the most important ranking factor.

So the best way to optimize an SEO strategy would be to look at situations that result in different search results and make improvements for each specific situation.

This is because RankBrain operates at the search level, ie it customizes Google’s algorithm for each different search.

Although it is not clear how RankBrain can influence the ranking of your site, it is important to stay informed about it. RankBrain works like a human brain and will be increasingly advanced.

So take the time to learn about the influence of machine learning on search engines.

Think about the context in which your keyword searches are done, and make sure your site delivers the best possible experience for your users.

After all, RankBrain will also strive for the quality of experience it finds on your site.

Experts in the field predict that artificial intelligence and machine learning systems will increasingly propagate and develop at impressive speeds.

Therefore, it is essential to understand how they work and how they can influence your digital marketing strategy.

The release of RankBrain makes it clear that new artificial intelligence engines can benefit companies that produce content relevant to their personas, and care about the user experience on their websites and blogs.

To get the most out of artificial intelligence, always remember that these systems simulate the thinking of a human being.

So don’t try to fool him, be honest and produce quality content!

RankBrain is just one of the components that influence Google results.

If you want to know how to further improve your site’s ranking on this search engine, download our free ebook to learn all about SEO,  and optimize the most important factors in search results.

Tags:Google AlgorithmRankbrain
previousHow to Choose Best CMS for SEO Succes
nextCanonical Tag: What it is, how it works and when to use it 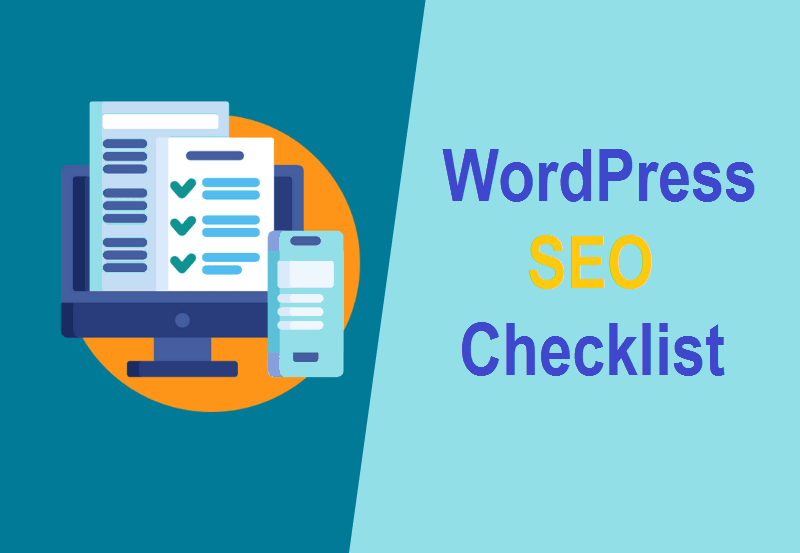 WordPress SEO (Checklist): The 21 Absolute Steps to Follow in 2021

Referencing a website is fascinating: it is also endless. Fortunately,… 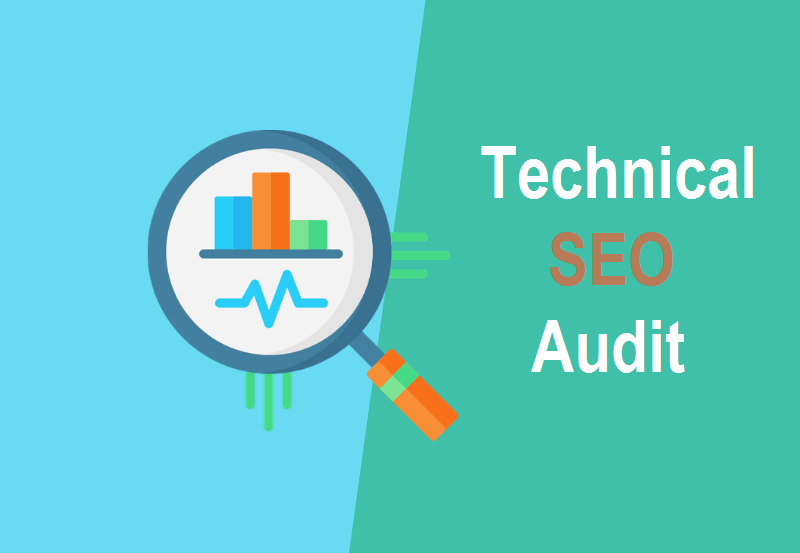 You who are looking for THE ultimate checklist to carry…

Semrush vs Ahrefs Comparison: Which SEO Toolkit to Choose in 2021?

To date, I have already published two comprehensive guides on…

Read More »Semrush vs Ahrefs Comparison: Which SEO Toolkit to Choose in 2021?

Want to make money with your blog? Receive all our future posts instantly in your inbox. Enter your email to enroll.